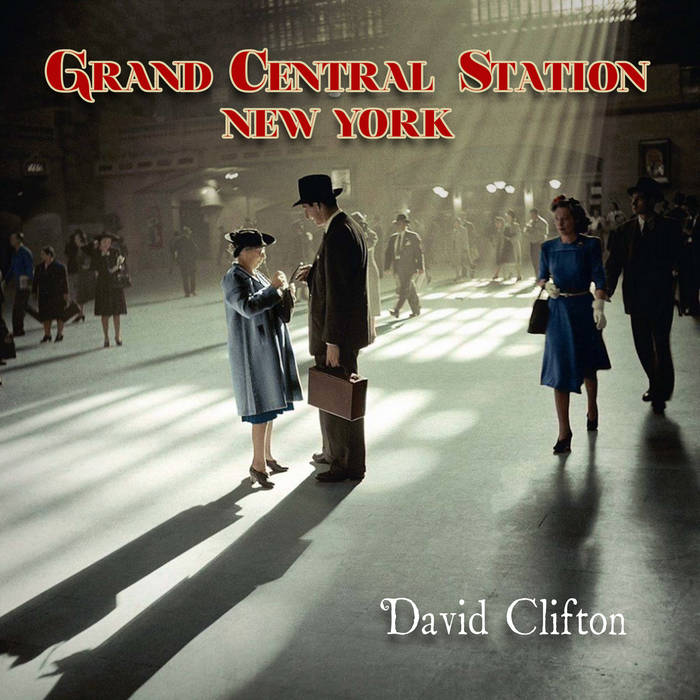 On my first visit to New York whilst on tour playing guitar for Tanita Tikaram,  Frank Tontoh (our drummer) and I went downtown one morning before the afternoon soundcheck. He wanted to buy a baseball jacket (Redskins, I seem to remember) and I was trying to find Manny's music store.  We went our separate ways to explore New York.
After leaving Manny's I got completely lost and found myself at Grand Central Station. When travelling I so often experience events, notice people and find myself affected by encounters in a very different way. There is so much we unintentionally overlook and take for granted in our day to day environment. Travelling often reveals the circumstances of the ordinary day with a new vision.
Some years later, Phil Baggaley and I met one wintry weekend in Derby to write new folk songs. In a turn of synchronicity, he suggested writing a song with this title. I have always wanted to record it, as it's a popular song in my concert set.
I feel it is particularly poignant during this Christmas season when we can easily overlook those in our neighbourhoods who may be in difficult circumstances and might need words of encouragement, help and care.

Does anybody ever want to know
About the stories, and the places where all the lonely people go?

Welcome to the Little Room download site. Please make your selection from the album and track links, then follow the instructions to complete your purchase. We use a secure PayPal link to ensure your financial security and confidentiality whilst making online transactions. Feel free to choose your own price for the music which you download if you would like to, or follow the £1/$1 per track guide. ... more

Bandcamp Daily  your guide to the world of Bandcamp

Cannibal Corpse's George "Corpsegrinder" Fisher stops by for an interview